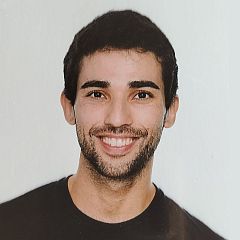 Leonardo is a post-doctoral researcher at the Advanced X-ray Tomographic Imaging Group (AXTI) headed by Ioannis Sechopoulos, in the Radboud University Medical Center in Nijmegen. He became a member of the AXTI team in November 2022, focusing on functional tomosynthesis imaging for the improvement of breast cancer detection and treatment. In 2015, Leonardo Coito received the Bachelor Degree in Physics from the Universidad de la Republica (UdelaR) in Uruguay. In 2018, He obtained a Master Degree in Theoretical Physics from UdelaR. His work extended the relationship, in Quantum Field Theory, between Soft Theorems and Asymptotic Symmetries to a theory of spin zero particles. In September 2022, He finished his PhD in Theoretical Physics from Universitat de Valencia in Spain. His research focused on two major topics: composite scalars to explain the masses in the Standard Model (SM) of elementary particles, and dark matter phenomenology in models beyond the SM.